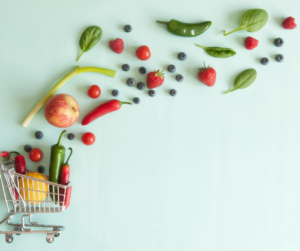 How Much Life in Canada Costs?

Canadian dollars are typically just referred to as dollars or by their slang name, “loonies.” While in Canada, it’s most common to denote money with just a dollar sign ($), which is sometimes written as C$ or Can$ to distinguish it from other dollar-based currencies. It’s also sometimes written as CAD.

A typical family of two adults and two children spends an average of $13,907 per year on food, or about $267 per week, according to a study published by a group of Canadian academics. This doesn’t include restaurant meals.

Below are a few average costs of living indicators for living in Canada. Please note these depend on the area or city, season, type of property you are renting and other personal factors. In Canada costs vary according to city.

It’s entirely possible to live without a car in the city, but you’re likely to need a vehicle if you live outside of a major urban centre. If you’re thinking of buying a new car, you’re looking at over $10,000 at the very least, and potentially a great deal more depending on the make and model. Expect prices up to $25,000 for the smallest sport utility vehicles (SUVs), $60,000 for basic pickup trucks, and even more for luxury vehicles.

Another option is to lease. That way, you get to drive a new car with lower monthly payments. When the leasing agreement is up, however—usually after 3 to 5 years—you have to return the car to the dealer or purchase it.

Cellphone rates in Canada are among the highest in the world. To give you an idea, a basic smartphone plan with 2 GB of data can cost around $40/month. Prices for more comprehensive plans can run $120/month or higher. You will need to add the cost of your device on top. Expect to spend between $40 and $100 a month on internet, depending on the package and connection speed. TV packages are usually bundled with internet and costs range from $40 to $70 a month, depending on the package you choose.

Things you may want to know when considering emigrating to Canada Winnie-the-Pooh by A.A. Milne…

Lifestyle and people of Canada