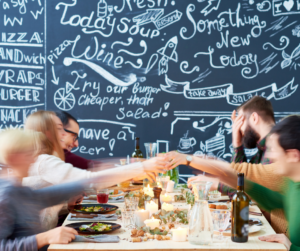 Your life in Canada when you emigrate

Canada is the second-largest country in the world and divided into ten provinces and three territories. It is also one of the most developed countries in the world and is well known for its government that is socially progressive, universal health care programmes, high quality of life, and for its kind and friendly people.

Society is multicultural as 20% of Canadians were born in other countries. There are about 200 different nationalities across the country.

English and French are the two official languages with French being more dominant in the eastern province of Quebec. ‘Canadian English’ is a special kind of English. The most famous phrase is ‘eh’, which Canadians like to add to the end of almost any sentence. This applies to statements, questions, insults and commands. If someone goes to the “biffy” then they’re off to the toilet. If it’s cold, then you’ll need a “toque” (a beanie) on your head. A $1 coin is a “loonie” and a $2 coin is a “toonie”. The slang word for a kilometre is a “klick”.

Canadians are obsessed with ice hockey, the national sport and children start playing at a young age. Their favourite dish is poutine, which is chips covered in gravy and half-melted cheese curds. Canada is also known for its maple syrup and produces 71% of the world’s maple syrup. A national favourite is Tim Hortons or ‘Timmies’, a chain of coffee and donut shops and there are branches on virtually every street corner.

Canadians are generally known to be courteous and polite. They are willing to apologise for everything and you if you walk down a street or through a supermarket and you’ll never stop hearing the word “sorry”.

The landscape is diverse and beautiful ranging from the Pacific rim (longest coastline in the world), to forests (35% of the country is forest), plenty of lakes (more lakes than the rest of the world’s lakes combined), mountain ranges and everything in between.

Canada has cold and freezing winters and apart from the west coast, temperatures drop to below zero in winter with snow. This weather feature dominates the lifestyle in Canada.

The healthcare in Canada is rated as one of the best in the world. On…

Things you may want to know when considering emigrating to Canada Winnie-the-Pooh by A.A. Milne…