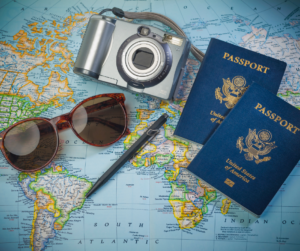 Below are the most common routes through which one can emigrate to Canada.

Immigrate as a skilled worker. Ranking is done according to skillset, language, education, work experience and the best candidates are then selected.  You are also allowed to bring your family members. Applications are usually processed within 4 months.

Sponsor your relatives, including your spouse, partner, children, parents, grandparents, and others to immigrate if you are a Canadian citizen and have permanent residence.

Immigrate by graduating from a school or working in New Brunswick, Prince Edward Island, Nova Scotia, or Newfoundland and Labrador. The AIP was launched in 2017 to help bring more workers to Canada’s Atlantic Region. Employers from the Atlantic region are allowed to recruit international workers. If you are successful you receive support with your emigration process.

Immigrate by providing care for children, the elderly or those with medical needs, or work as a live-in caregiver. This can lead to permanent residence or temporary work.

Immigrate by starting a business and creating jobs

Immigrate as a self-employed person in cultural or athletic activities

Immigrate by working in specific agri-food industries and occupations

Moovguide is not an accredited agent. Therefore, we will only provide the information stated on the government website. You are more than welcome access it here: (https://www.canada.ca/en/immigration-refugees-citizenship/services/immigrate-canada.html)

The healthcare in Canada is rated as one of the best in the world. On…

Cost of living in Canada

How Much Life in Canada Costs? Canadian dollars are typically just referred to as dollars…